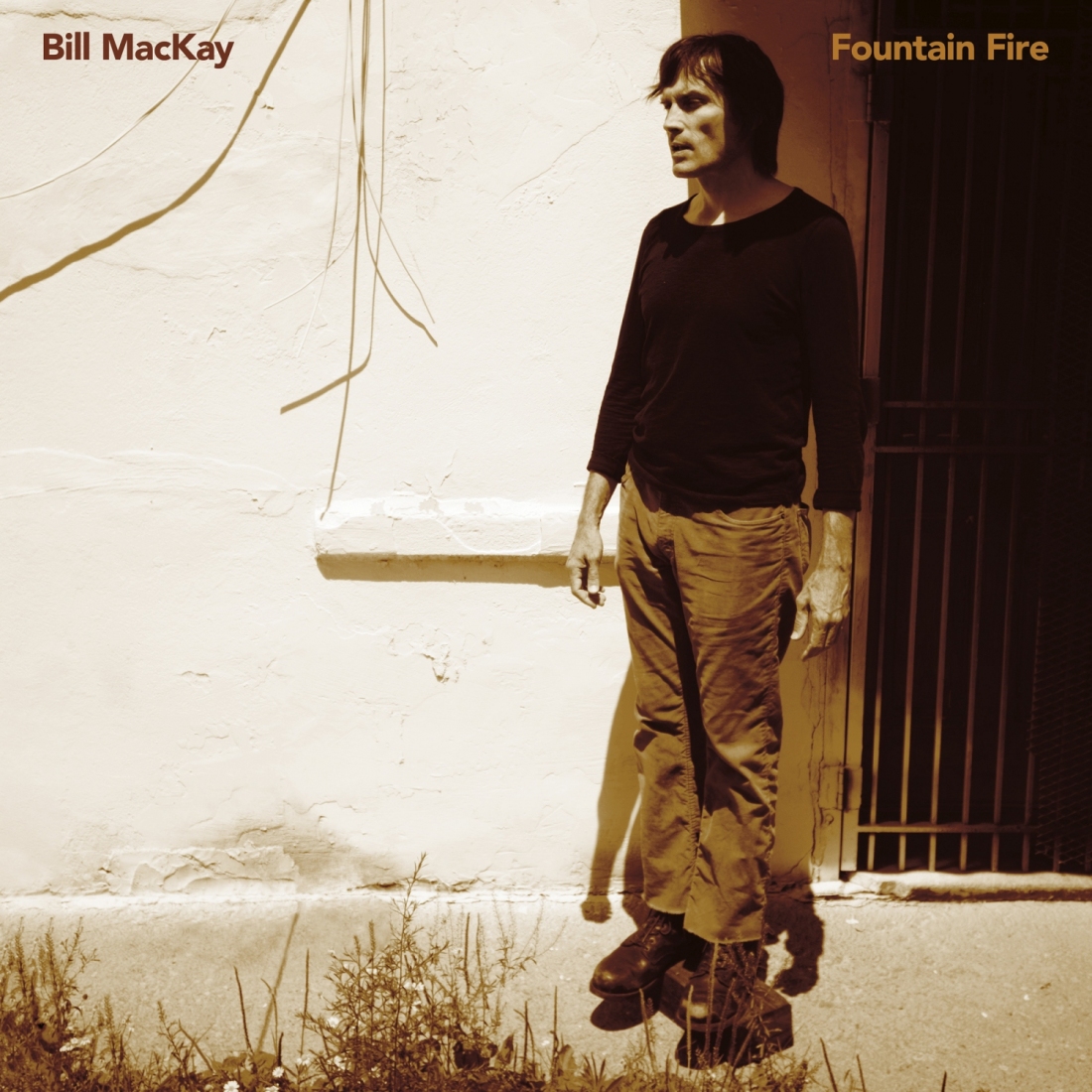 Based on the sounds contained on Chicago-based avant-folkie Bill MacKay’s latest album Fountain Fire, it seems apparent he’s been racking up the miles both literally and figuratively.   It’s a dusty gem of an album that slowly reveals its treasures with repeated listening, and feels like a sprawling road trip across a new weird America with a transatlantic flight or two thrown in for good measure.

Album opener “Pre-California,” sets the table in a cinematic fashion, allowing a widescreen view of MacKay’s 6-string sprawl replete with walls of rumbling, and sliding guitars which evoke images of tectonic shifts, and primordial volcanic ooze.  It’s a mostly instrumental set, but the few tracks which utilize vocals are stunners; such as the Janschian English folk moves displayed on “Birds of May.”   It’s a timeless sounding set that hums with a crackling kinetic energy, even in its quieter and more contemplative moments.  Closing with the urgent and apocalyptic sounding “Dragon Country,” MacKay seems to evoke the sound of darkness descending with its nervy acoustic finger picking, walls of tremolo, and sneaky electric guitar lines.  Fountain Fire is an album that evokes powerful emotions and imagery almost entirely via MacKay’s masterful guitar work.  Just hop in the van, and let him do all the driving; it’s a trip worth taking.