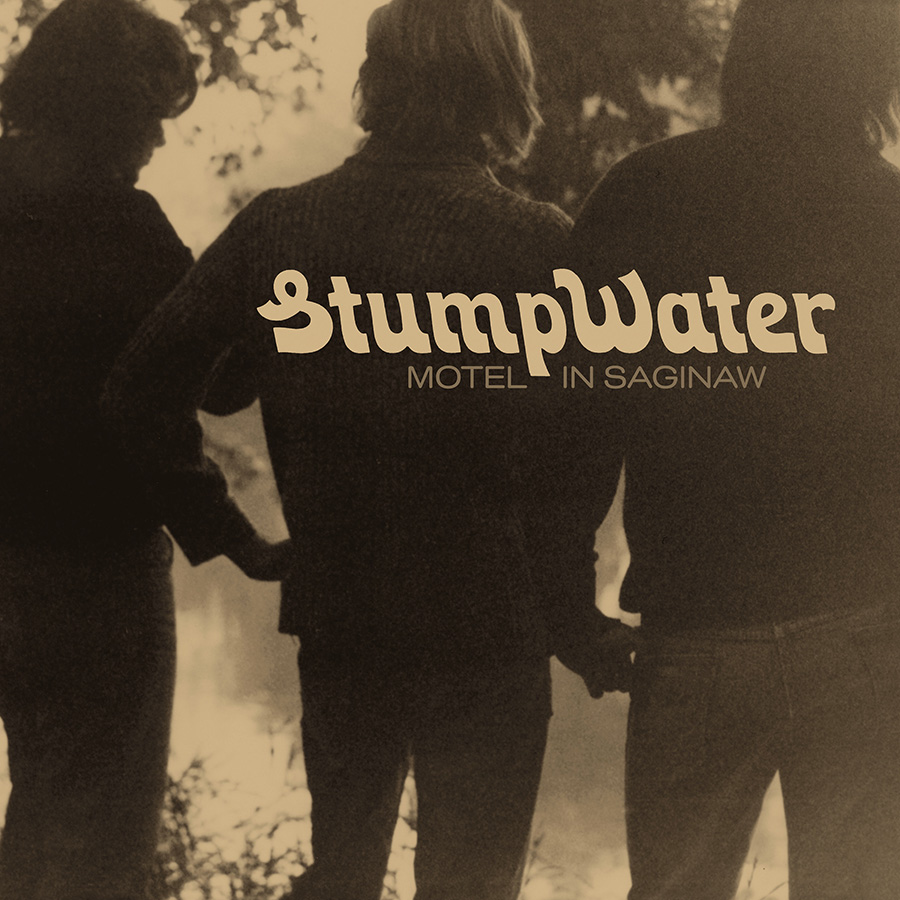 Motel In Saginaw from the heretofore-unknown group StumpWater is another winning archival discovery from the trusted ears of the Drag City label which is being reissued for the first time in conjunction with Galactic Zoo Disk.  Originally self-released in 1973, the amazingly still-active Aurora, Illinois based group’s unearthed album is a denim clad sepia toned slice of conceptual folk rock. The whole damn thing is so professional sounding and spot on, that you might even find yourself checking the record’s label for a steamboat; if you know what I mean.

The album is based around a group of characters that populate the small town hotel that gives the record its name. Using it as a conceptual framework on which the group hangs the occupants’ sad and desperate tales of loneliness. Sound wise; it’s all beautiful shimmering minor key strumming and tight vocal harmonies that would probably even impress the Croz himself.  The writing is pointed, and mostly devastating character sketches that don’t let anyone off easy.  “Romantic Courtship Turns Into Boring Marriage Blues,” unflinchingly details the decay of a relationship; the writing boasts an approach, and a dark humor which is very similar to another one of the era’s new Dylans, Loudon Wainwright III.  Elsewhere, the album deals with death, “Now That He’s Passed Away,” isolation “The Hermit,” and the addiction “Tired Man” with the same type of direct songwriting precision and skill.

Motel In Saginaw sits nicely alongside such other real people loner folk epics such as label mate Gary Higgins’ Red Hash and David Kauffman and Eric Caboor’s Songs from Suicide Bridge.  Much like the aforementioned albums, the record’s bleak subject matter may be a bit too heavy for some to take.  But for those that hang in there though the dark roads the group takes you down, there’s two rays of light that break through the existential gloom that hangs over that Saginaw motel in the form of the album’s two closing tracks; first there’s the wonderfully disarming title track which is love song in the truest sense of the word, and then the stunning album closer “A Thousand Voices.”  These final two songs speak to finding love and salvation in others in order to break out of the confines of one’s own self-imposed prisons.  The stories this album tells are universal; ones that are able to speak to the heart of the listener as much today as they would have in 1973.  For those who aren’t afraid to go a little dark, it’s check in time.

Join 330 other followers
Follow The 13th Track on WordPress.com